The Ancient Egyptian Arabic Order Nobles Mystic Shrine of North and South America and Its Jurisdictions, Inc. has a long and colorful history. From the historical records of Mecca Temple No. 10, Oasis of Washington, Desert of the District of Columbia (A.E.A.O.N.M.S., Inc .), John George Jones, the founder, is said to have been introduced to the ritualistic mysteries of the Order by one Ali Rofelt Pasha, Deputy, and a representative from the Grand Council of Arabia, during the World’s Colombian Exposition in Chicago in 1893.  Within days of this honor, Noble Jones, along with 13 other Prince Hall Masons, would organize Palestine Temple in the Apollo Hall on State Street, which would lead to the establishment of the Imperial Grand Council of Prince Hall Shriners, Ancient Arabic Order Nobles Mystic Shrine (A.A.O.N.M.S.) on June 10, 1893. 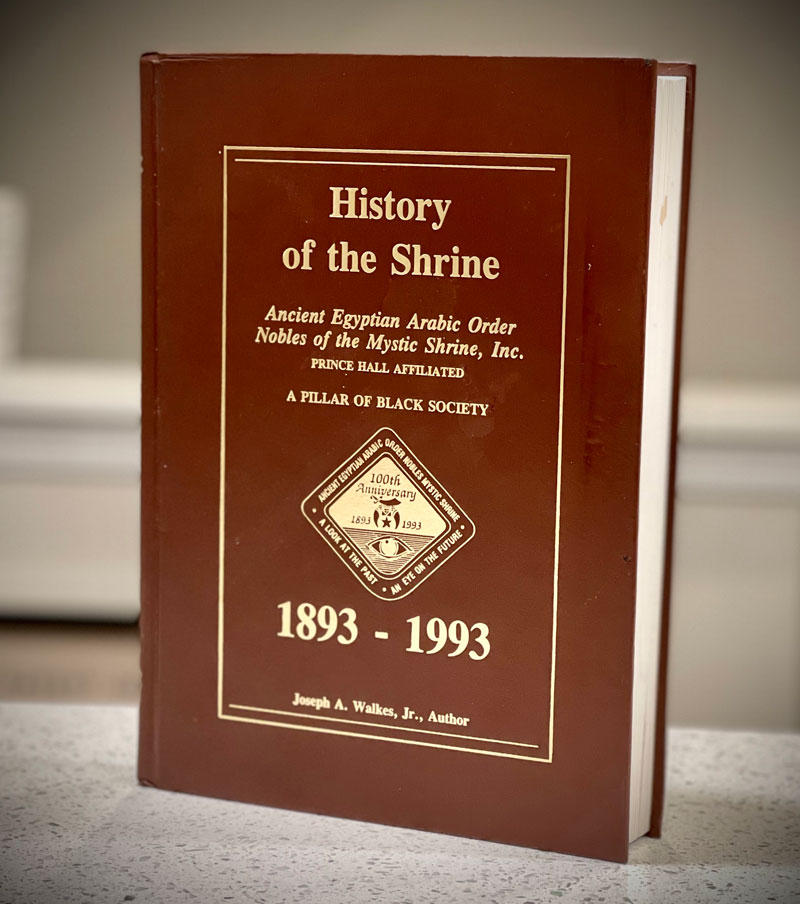 History of the Shrine

In the year 1899, after internal issues and growing pains began to threaten the existence of the organization, Noble Isaac L. W. Holland, Illustrious Potentate of Pyramid Temple in Philadelphia, sent out a call to members of Prince Hall Shrine Temples within the nation to meet with him for the purpose of reorganizing the Imperial Grand Council. On December 12, 1900, a meeting was held in Philadelphia with officers and members attending from Pyramid Temple (Philadelphia, PA), Sahara Temple (Pittsburgh, PA), and Magnus Temple (Alexandria, VA), where the Imperial Council was reorganized, and the order adopted a new name, Imperial Council of the Ancient Egyptian Arabic Order Nobles Mystic Shrine of North and South America and its Jurisdiction, Incorporated (A.E.A.O.N.M.S., Inc).  On September 25, 1901, the newly organized Imperial Council held its first annual session in Newark, New Jersey, where the Constitution was formally adopted, establishing the fraternity as it is today, and designating the Imperial Council as a charitable, benevolent, fraternal, and social organization, dedicated to the welfare and extension of Prince Hall Freemasonry.

In every great organization, there will be events that will challenge the very fabric of the organization and test the fortitude of its membership.  For the A.E.A.O.N.M.S., Inc. that event would be a string of lawsuits, filed by Temples holding allegiance to the Ancient Arabic Order Nobles Mystic Shrine (known today as Shriners International) that would start in 1919, in Atlanta GA, and would end with a unanimous decision by the United States Supreme Court on June 3, 1929.  This victory is commemorated every year with a “Jubilee Day” celebration across the Domain on the Sunday closest to June 3.  These court battles saw the unity and power of the organization and their willingness to fight for the right to maintain their organization, the use of their emblems, and the right to continue to call themselves Shriners.

Our Growth and Service

In 1910, the Imperial Court, an Auxiliary to the A.E.A.O.N.M.S., Inc., was established to provide an organization for the mothers, wives, sisters, and daughters of male members of the A.E.A.O.N.M.S., Inc.  Combined, both the Imperial Council and the Imperial Court has a collective membership of over 25,000 throughout the Continental United States, Canada, Germany, Italy, England, Spain, Hawaii, Japan, Korea, Guam, Thailand, Panama, and the Bahamas.  Within our ranks, we are proud of the diversity of our membership which includes successful businessmen, politicians, educators, commissioned officers (active and retired) of all branches of the military, and many other talented men and women who have a direct impact on the growth and development of the workforce both locally and globally.

The A.E.A.O.N.M.S., Inc. is a benevolent, charitable and fraternal organization, with its members dedicated to the principle of fostering civic, economic, and educational development programs throughout the world.