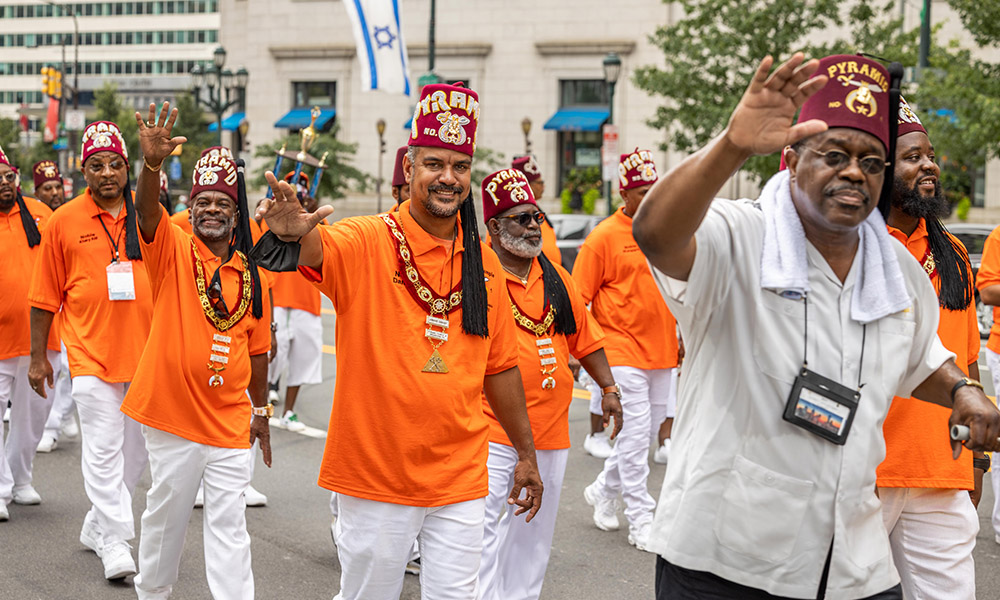 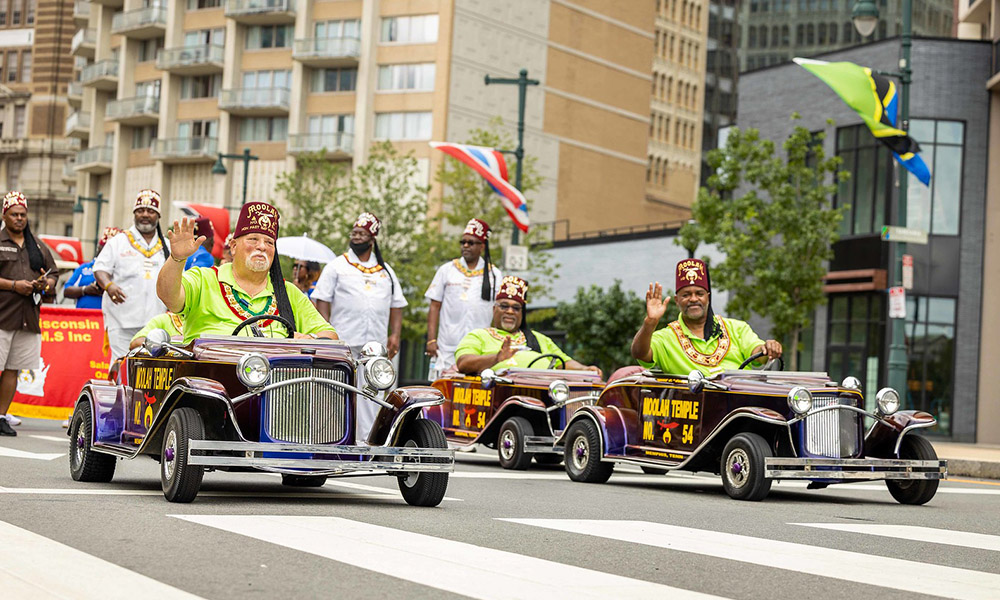 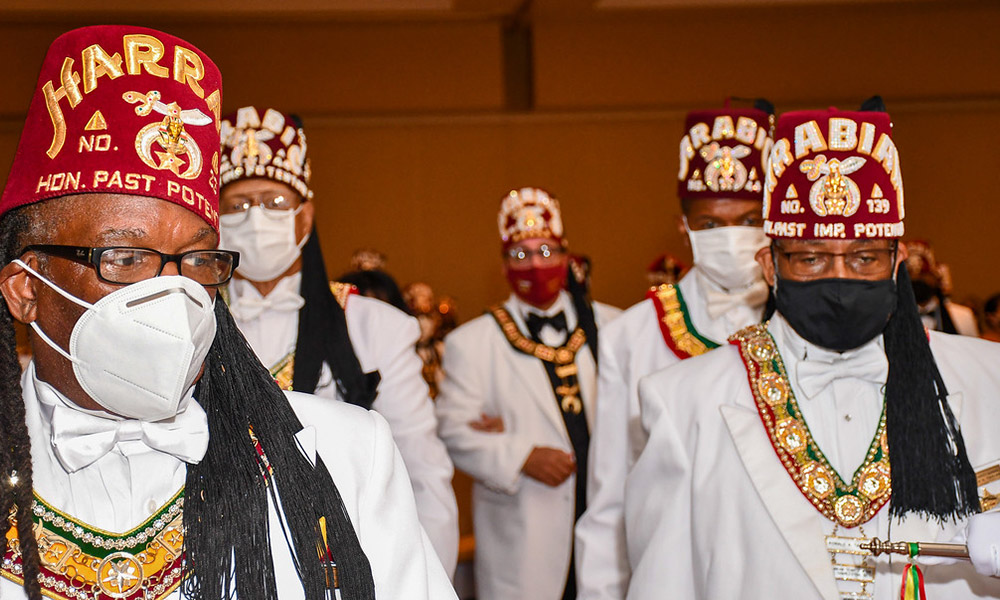 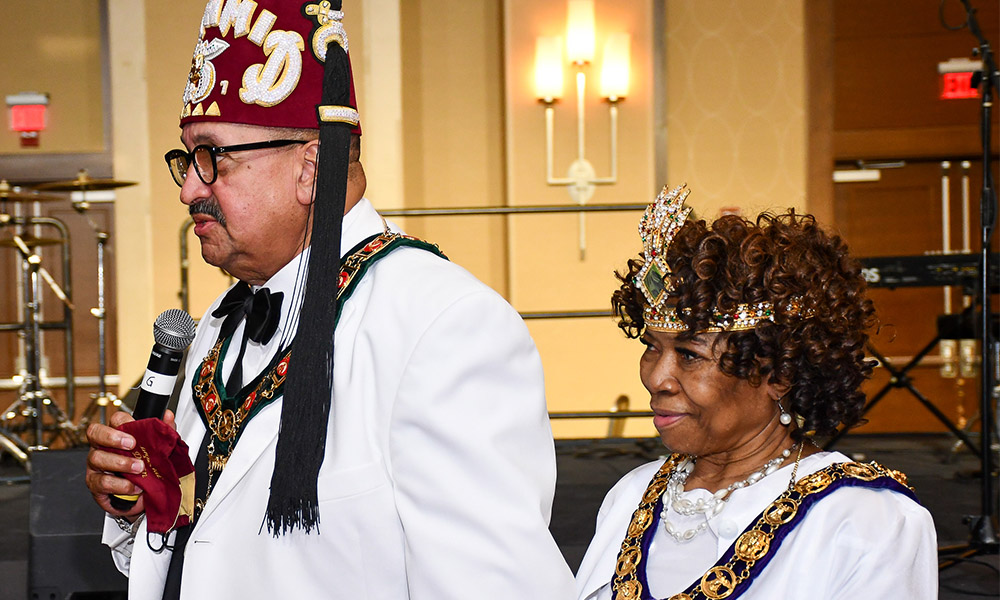 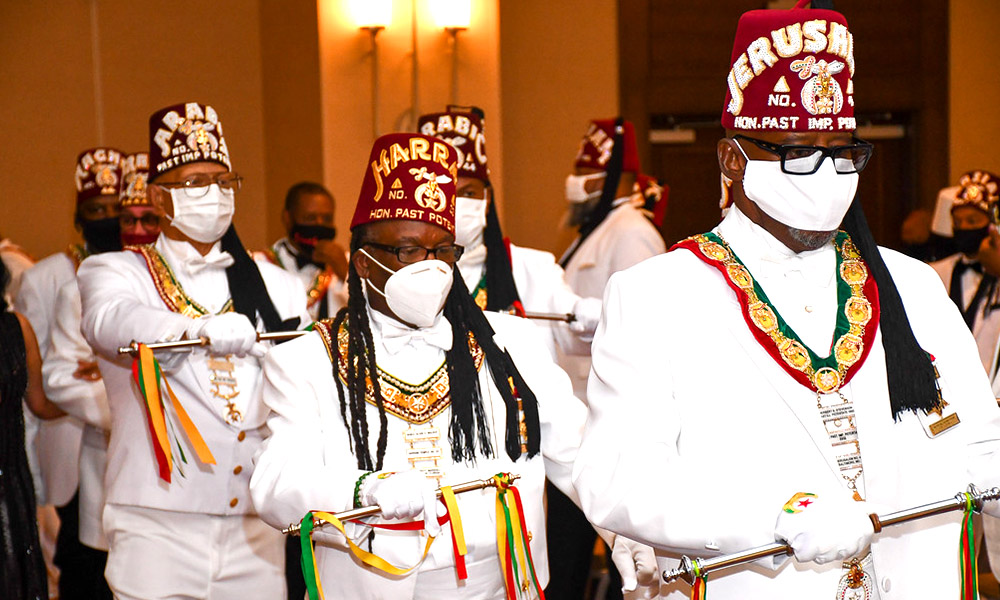 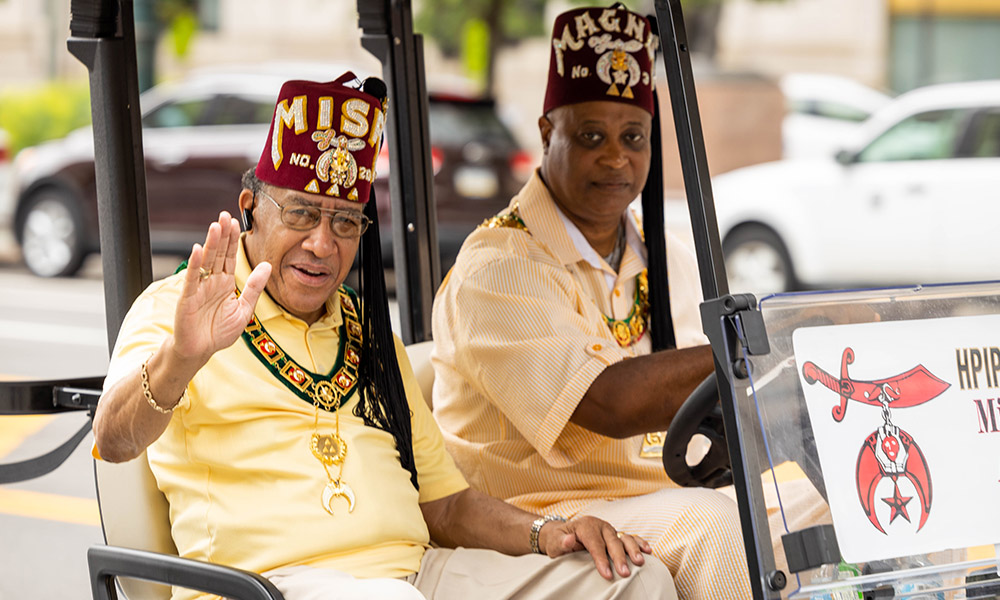 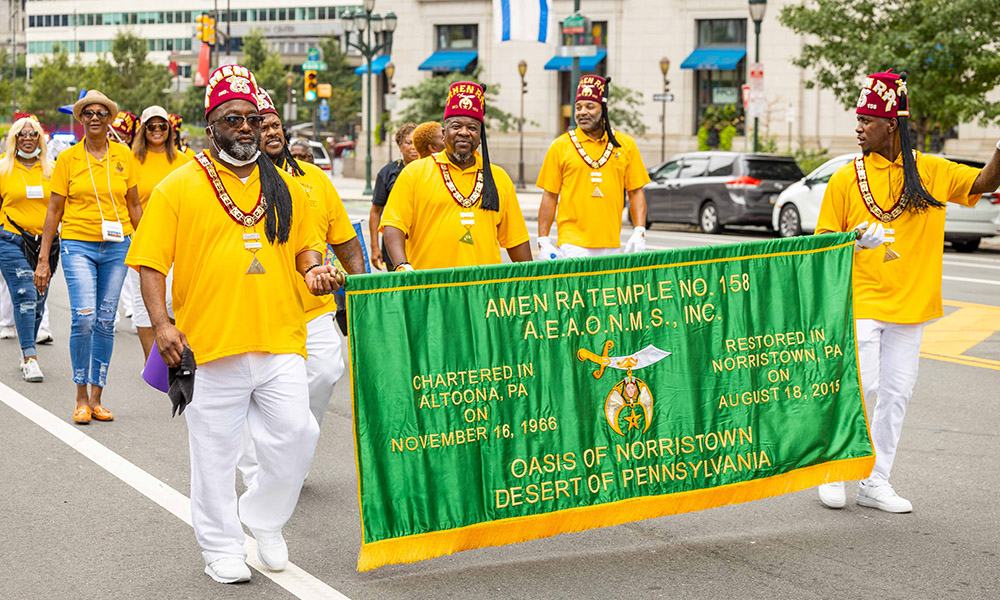 PRINCE HALL SHRINEDOM embraces all of the basic fundamental concepts of the Masonic Order, but is more colorful, with a broader spectrum of visibility by the manner in which it dispenses charity in the community, and the care for its own.

With the wonderful colors, highlighted in their annual parade, along with the units, clowns, and Temples from across the domain, Shrinedom, has on occasion been referred to as the “Display” organization, with connections to Prince Hall Freemasonry.

There are over 270 Constituent Temples throughout the Imperial Domain (the World), with a membership of over 25,000 and growing.

Shrinedom is thought of as a Fraternal, Social, and Charitable Organization: FRATERNAL in the sense of using passwords and symbols to remind the members to ever strive for inner self-improvement; SOCIAL from the standpoint of the enjoyment of good times within its own ranks; and CHARITABLE for its unselfish giving of goods and services on both the local and national level.

Heading the list of recipients is the NAACP, the Legal Defense Fund, the Urban League, and United Negro College Fund, along with Annual Grants to several institutions of higher learning and hospitals throughout the land, for medical and other research projects.

Substantial grants are awarded to colleges annually to supplement the education of economically deprived youth, along with a program of financial aid to fight drugs, crime and delinquency. There is also a national scholarship grant program for young ladies between the ages of 17 and 24 to attend colleges and universities of their choice. They also strongly endorse the Assault on Illiteracy (AOIP), amid an engagement in development programs with Third World Countries.

The Shrine Organization is over 128 years old and takes great pride in its Auxiliary, which is composed of wives, sisters, mothers and daughters of the membership – officially styled, the Imperial Court. They are over 111 years old and mirror, in some respect, the activities of the parent body. Both share offices in the organization’s Headquarters Building located in Memphis, Tennessee.